Task:
The purpose of this assignment is to have students develop their basic knowledge of specific supply chain management concepts related to the course, International Trade Law.

Introduction
The discussion presented below is mainly focused on supply chain management and significant international trade situations that can be considered applicable in the recent scenario based on the situational perspectives presented in the given three questions.

Answer 1
According to Sokolova et al. (2020), free trade is mainly considered as a trade policy that does not put any form of restrictions on imports or exports of countries and can also be considered as the idea of the free-market idea that has been implemented on the sphere of international trade. One of the integral examples of free trade is EFTA (European Free Trade Association) that consists of member countries willingly indulging in free trade. The name of some of the countries involved includes Norway, Switzerland, Iceland and Liechtenstein. Another prominent example of free trade comprises of NAFTA, which is an association of free trade for the United States, Canada and Mexico. In the words of Boudreaux and Ghei (2017), some of the key benefits of free trade include driven economic growth, enhanced efficiency, increased inclusiveness of innovation and managed to increase access to higher-quality goods at a much cheaper price.

The WTO refers to the World Trade Organisation that is an intergovernmental body concerned with the international trade between multiple nations. The main function of this organisation continues to be of ensuring the smooth functioning of trade flows. According to Wto.org (2020), owing to the situation of the Covid-19 pandemic, the WTO released an annual trade outlook determining that the economic decline would exceed the trade slump of 2008-2009. The WTO is also credited with their ability to the liberalisation of trade and commerce with the help of massive contribution. The WTO ensured that lowering of customs duties, which was considered to be one of the prominent trade barriers wold ensure the betterment of every organisation and their willingness to enter a potential market. The WTO agreements that are being held by various nations had been considered responsible for permitting domestic adjustment and providing stability and predictability for the majority of the businesses in the trade arena.

Answer 2
While opting for international partnership, a specific organisation needs to ensure that they have acquired a subsequent range of knowledge about the geographic and cultural scenario with the company belonging to a completely different country. According to Dubravska and Sira (2015), some of the key factors that are required to be considered before the finalisation of international partnerships are as follows: 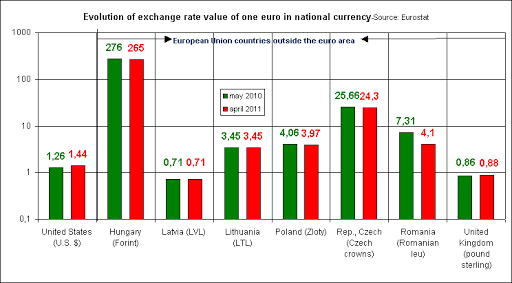 The figure mentioned above is a pivotal example of the constant changes that occur in the value of currencies, depending on the economic condition of the respective market. It eventually entails to the idea that considering the exchange rate value provides genuine information about the ever-changing market scenario. According to Aggarwal and Evenett (2017), the tariffs and quotas pose as a major trade barrier for most of the companies willing to have an international partnership in the business. In addition to that, some of the companies have to comply with the bans and other regulatory measures that had been imposed by that particular government. For example, if a company intends to get into partnership with China-based companies and continue their business operations in the country, then that specific company would have to comply with the social media ban that has been imposed by the Chinese government.

As mentioned by Soundarya et al. (2018), one of the prominent ways of engaging in business partnerships is with the help of mergers and acquisition, and many of the companies have lost partnerships because of their inability to understand the cultural differences that exist. Some of the prominent examples include that of the partnership between Daimler and Chrysler, Sprint and Nextel and more. Some of the key technical barriers that influence international partnerships include technical regulations of the partnered country, standards, assessments of conformity and more.

Answer 3
Negotiation Areas
The aim here for both the parties is to reach from the stage of contention to the point of conclusion. The company needs to understand how the export bills would be handled both by them and the potential clients that they are trying to concur. According to Prusakowski (2020), most of the Canadian exporters have been facing difficulties in sustaining their business operations due to coronavirus outbreak. The decreasing demand for the products has made it increasingly difficult for most of the businesses to sustain their operations. Thus, one of the incremental opportunities for Canadian companies to get their products imported and include sales. However, some of the common negotiation areas for the export relationship between ABC Indian Company and Canadian companies include the following:

The areas mentioned above are required to be considered only to cause a reduction in the operating costs that are being heavily employed by the company to continue its business procedures.

Strategies for negotiation
According to Renting et al. (2020), the negotiation between two parties can often lead to extensive cutthroat competition, instead of a collaborative notion. Thus, the use of the following negotiation strategies would be extensively useful for ABC Indian Company to continue their operations in Canada:

Dubravska, M. and Sira, E., 2015. The Analysis of the Factors Influencing the International Trade of the Slovak Republic. Procedia economics and finance, 23, pp.1210-1216.

Soundarya, M.B., Lavanya, S.M. and Hemalatha, S., 2018. Merger and Acquisition of Business Organization and Its Impact on Human Resources.