Task: You are required to prepare a 1600 word report on project management assignment in which you are to analyze the success and failure factors of a major Australian project “Construction of the Adelaide Desalination Plant” by considering its ethical compromises.

Introduction
The Adelaide Desalination Project (ADP) selected in the present context of project management assignment is the largest infrastructure project to be completed in South Australia. The project was initiated with a goal of building a long-term, cost-efficient and sustainable infrastructure for the supply of potable water to the city of Adelaide. The city of Adelaide is often faced with the problem of water scarcity especially during the season of droughts and the residents of the city have trouble navigating through those days. Hence, this project was considered for addressing this issue. Initially, the project was considered with a plant with capacity of 50 billion litres of water per annum. However, the capacity of the plant was increased to be 100 billion litres per annum. 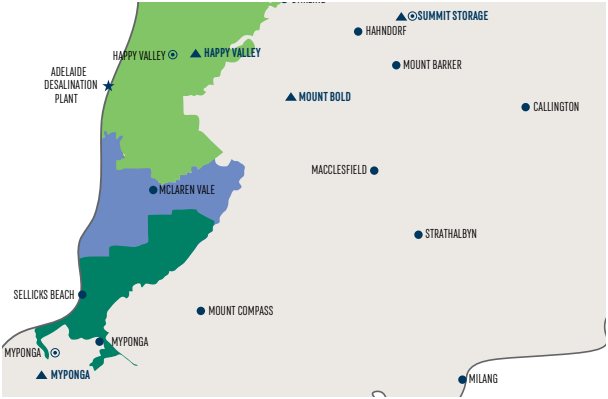 Critical Factors for Success and Failure
The Adelaide Desalination Project (ADP) is a major project of SA Water, a state owned firm of the Australian government. The project had several critical factors for success and failure that had a deep impact on the project. The success of the project depends on a number of factors that contributed to the development in the project.

IPECC Stages
IPECC is a popular model for project management and is used in case of projects of all types and sizes. The IPECC model has 5 stages that are as follows:

4. Controlling: In this stage, the project status information is collected from the team members and the variances are identified and the status reports are made that evaluate the overall performance of the project. Variances are often defined in terms of project scope, schedule and resource utilization. The success criteria of this stage is the timely identification of the variances in the project work. The failure criteria is the failure to stick to the change management plan that was devised previously.

3. Executing: The integration of the ethical considerations is extremely important since during this stage the actual work is carried out for the project. The project work must be carried out in compliance with the ethics policy and the ethics framework that has been laid out by the project management plan prepared in the previous stage. The ethics policy should be clearly defined to the workers for ensuring project success (Berenguel-Feliceset al., 2020).

Conclusion
The ADP is a major part of the water supply infrastructure of the city of Adelaide and hence the success of the project is reflected in this. It is the largest infrastructure project in South Australia and hence the project was a prestigious one. The successful delivery of the project can be attributed to the critical factors of success and failure. The different stages of the IPECC model had different success and failure factors and the ethical considerations were fundamental in shaping the project and its success. ?