1. Provide a summary of the conflict – Who What When Where Main issues
2. How was the UN involved What role did they play
3. Evaluate the role played by the international community. Did international involvement play a role in the outcome/resolution of the situation Did these actions violate state sovereignty
4. Was there/is there a solution How was/will the problem be resolved Peaceful vs. Non-peaceful Role of the International Court of Justice
5. Conclusion: In your opinion, what MUST the international community learn from this situation How might this issue be prevented from happening again in the future

Summary of the Armed conflicts in Mali
The country Mali, selected in the present context of sociology assignment, is associated with non-international armed conflicts (NIACs) which are completely against the multiple groups of Islamist insurgents such as “Jama’atNusrat al-Islam wal-Muslimin” (JNIM) and the Islamic State in the region of Great Sahara (ISGS). The Mali government gets all the support from France through a peacekeeping mission. In addition to that, the United Nations also intervenes in this particular country so that it can be mitigated easily.

There are a number of non-international armed conflicts that have been called in the country Mali. Multiple entities have been involved in this regard such as the international actors and the armed groups who belong to the non-states (Calvo, 2020). The Government of Mali has confronted the challenges and the conflicts multiple Times regarding the non-international armed conflicts. The two groups are more prevalent in this country such as the Islamic State in the great service and the JamaatNusrat al-Islam wal-Muslims. The country France has provided military support to the government so that they can fight against the group who are agitating and rebelling. Many international entities have come together so that they can provide different types of support to the country so that the people can get peace.

The intergovernmental organization United Nations always tries to enhance international peace by providing different types of support including security and safety for the nations who are engaging in any kind of crisis. It is not an exception in the case of Mali. The United Nations has initiated the “Multidimensional Integrated Stabilization Mission” (MINUSMA) in this country so that the operation regarding peacekeeping came into the picture. It will also help to support the Government of this country to restore the effort of the entire state. It can also help to take control from the resurgent groups that are the non-state armed groups. The peacekeeping mission by the United Nation was initiated by the security council resolution 2100 In 2013. It helps to align the political processes in this country and carry out numerous security investigations. This particular mission has urged transitional authorities in the country Mali for providing support and guidance so that the transitional road map can be implemented which can eradicate this problem.

This particular mission has incorporated regulation 2164 in the year 2014 and the council has decided that the mission will be focusing on the duties to preserve the security, stabilization, protection and peace of the civilians. It also assisted in the regard of International and national political dialogues so that it can assist the State Authority to strengthen the security sector. It will ultimately promote the protection regarding human rights in this particular country. Figure 1 is showing the deployment by the United Nation in order to maintain peace in the country Mali. 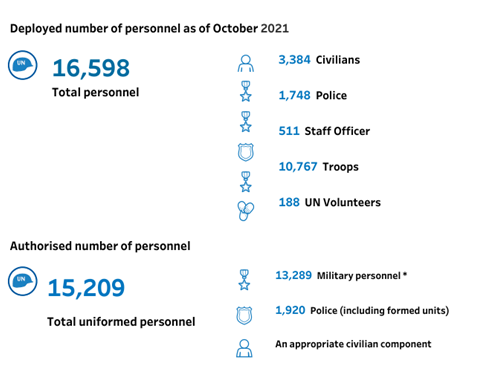 Role of the International community for mitigating the Mali conflicts

Multiple countries have come together in a single platform for providing support so that the administration of Mali can control the infiltration and insurgency by the different groups. The example of G5 Sahel can be appropriate in this backdrop. It is a joint force and named G5 Sahel which is also known as FC-G5S. The countries which are involved in this regard are Chad, Mauritania, Niger, Burkina Faso with the assistance of France. It also helps in counter-terrorism by tracing the plotted crime against Mali in the Sahel (MINUSMA, 2021). The intervention has taken place with the help of the government of this country that is the reason there is no room for any negative effect regarding the classification of this conflict. It is considered as a non-International country but later it became an international conflict as there are many states including Mali that have been involved in the demand of protection in this country. Apart from these countries, there are many other countries that have also been involved with the administration of Mali for ensuring protection (Basedau& Schaefer-Kehnert, 2019). Figure 2 is showcasing the other countries that have been involved in this regard. 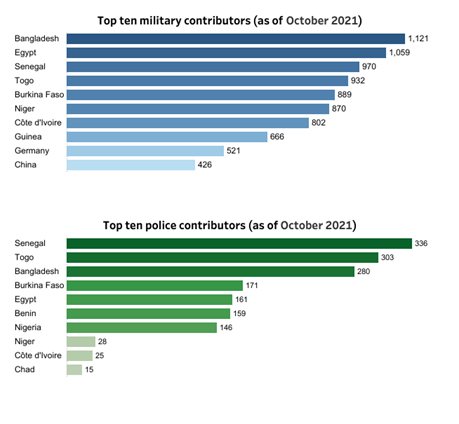 According to the report of World Report.com, the Human Rights situation in Mali has disrupted in 2020 due to the ongoing abuse created by the armed Islamist group, the security forces of the government and ethnic militias. The political instability has gone to its peak. The Islamist group are rebelling through the attack on the innocent civilians in this country. The international forces and the soldiers are not also exceptions in this regard as they have confronted multiple hurdles to stabilize this type of menace for protecting the civilians. In addition to that, communal violence has also popped up in this regard where 400 villages have been killed in the region of Mopti because of the communal violence (Rulac.Org, 2021). In the eyes of these statements, it can be stated that no peaceful resolution came into the picture. That is the reason, a strong political policy should have to be made in order to reduce this type of problem and insurgence from this country.

The role of the International Court of Justice has not been made in this regard but it can be a last Ray of hope in order to bring International policy which can reduce this type of atrocities. Apart from that, the International Criminal Court has intervened and also initiated the trial against a former leader of the Islamist armed group. The charges of crime have been applied in this case which completely violates humanity. In addition to that, sexual slavery and rape has been committed in the year 2013. The second trial also has been initiated on the behalf of Mali where the trial was made based on the gender-dependent prosecution.

Conclusion
In conclusion, it can be concluded that the international community should maintain peace and amicable relations between all countries so that no atrocities can take place in the form of non-armed conflict. In addition to that, the armed forces for every country must have to be strengthened so that they can protect their civilians. This issue can be prevented through the protection of civilians. In this particular case, the Mali government should draw this particular case in front of the International Court of Justice so that it can prevent those atrocities by applying the international conventions suggested by the Geneva convention.