Task:
Create a report on computer architecture assignment that answers all tasks below:

Note: No more than 400 words, images/visuals can be used. Cite 4 or more reference sources.

Computer architecture and operating systems are the topics of this computer architecture assignment. The operating system (OS) of a computer aids in the management of processes and memory. It allows you to communicate with a different computer. The operating system can configure the user interface and run a variety of functions for application software. The OS idea, as well as major functions and distinct types of OS, will be described in this assessment document. In addition, the use of CLI commands on Windows and Linux is clearly demonstrated with photos. Batch scripts for Windows and Linux are also used effectively in this assessment report. This paper allows one to expand their knowledge of operating systems.

At the beginning of the time computers are used as batch operating systems. The operating system (OS) is a critical application that is generally always the first to be installed on a personal computer.

In the OS, there are six categories of Operating systems. These categories are described below section of the report.

This Operating System is a relatively new innovation in the realm of computer technology [2].

It is unaffected by any computer gadget.

It's described regarded as a "Time-sharing OS" since it allows several members to submit CPU time. It might be possible to use a single computing device for persons who are focused at separate terminals.

This operating system could be used to directly support systems. All structures are helpful in that they allow for more events to occur. Hard real-OS and Soft real-OS are the two varieties of real-OS [4].

It's an operating system for tablets, telephones, and other mobile devices. This is referred to as a platform, and it is used to run various programs on mobile devices.

Network operating systems can both run on servers and control networking services. It enables the sharing of various apps, files, security, and printers, among other things. Modern technologies make it simple to upgrade systems.

This feature assists its operating system in creating and removing procedures. Aside from that, this provides mechanisms for process communication and synchronization.

The basic goal of the operating system is to hide the quirks of hardware components.

This critical function manages files for tasks such as file organization, name, retrieval, security, and sharing [3].

The memory could provide quick storage that the CPU may access. It is responsible for memory space allotment and de-allocation.

Its security module helps to protect system data from unauthorized access and malware attacks. It describes many methods for ensuring the authenticity and privacy of user data.

This feature maintains track of all of your devices. The de-allocation and allocation of computer devices are handled by the I/O controller [3].

The acronym "CLI" stands for "Command-Line-Interface," which refers to a text-based user interface. It's being used to look at and keep track of the computer.  CLIs often are referred to as 'Command-line user interfaces,' and they are similar to interactive UIs [6]. One form of command-line interpreter application available in Windows OS is Command Prompt. It is used to carry out directives that have been entered. It's commonly referred to as cmd prompt or cmd.exe.

Users create icons in addition to pin data about devices towards the taskbar. Windows includes command lines that can reveal the Windows OS version installed upon computer devices [8].

The following are most essential CMD commands for Windows Operating system:

We can easily obtain running processes on PCs.

The command "tasklist" has been used. Processes are chosen to use the tasklist command depending on a few parameters such as memory space, running time, services, and so on.

Cipher.exe, a built-in command-line interface in Windows, can be used to decrypt or encrypt data on NTFS discs. It can also destroy data in a secure manner by rewriting it.

Such a command tool is useful, as it gives you more control as well as the ability to terminate numerous processes [6].

File compare is a powerful CLI tool that can be used to draw comparisons files and learn about the codding process. If there are any variations in binary or content code that may be accessed.

A current directory structure is described using this command. The command assists the programmer in inspecting any files within that directory.

The command has been used to go back in time from 1 directory to the prior one.

The command greatly aids a CLI programmer in returning from a current directory. 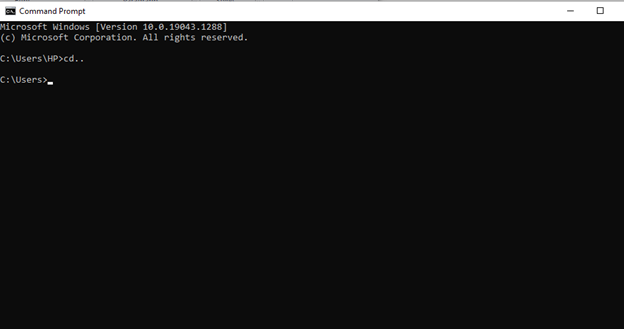 Linux stands for Kernel-of-System, which is the sole controller of a computing device. The System Kernel, as well as toolsets, is considered when X "runs Linux" [5]. Every function must be checked, and the whole component contained in it must have been verified before we can use it.

CLI is a text-based or non-graphical interface to desktop pc that allows the user to write commands as well as the computer to execute them correctly [6]. An environment linked with CLI is provided by a terminal platform or an integrated development environment (IDE). Most typed commands might well be accepted by the CLI terminal, which then sends them towards the shell. A shell can receive and comprehend what the OS is doing.

Linux kernels are capable of running a variety of software programs on a variety of hardware systems. The computer can function as a single server. That is to say, it is capable of handling main data.

The system is running software or can be used in the software development process as PC development. Linux is a versatile operating system that may fill a variety of jobs. There are two types of Linux approaches: non-graphical and graphical.

The recent directory structure is displayed using this command. 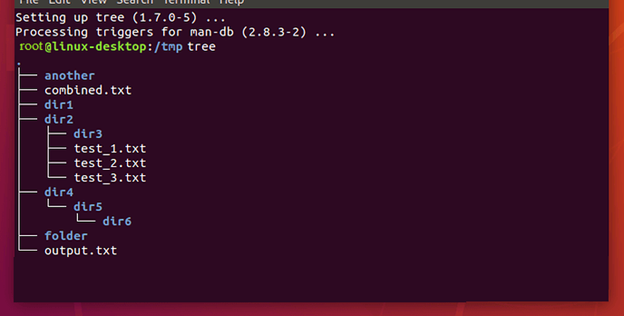 The directory is created with the command.

Batch Script is used to automate any command sequence that is repeated often. Advanced functionality such as Arrays and also Functions are aided by Batch Script. It aids in the creation of regular expressions [10]. Scripting is one approach to lessen needs by automating key command sequences in order to make one's life at shell more efficient or easier. One simple text file containing command lines can be used to restore batch scripts. Batch scripts are straightforward, and so all commands have been executed in order. It performs a sequence of command prompt procedures. These files are compatible with Linux, Mac, Windows, and other operating systems. Batch files in Windows might retrieve commands in such a sequential order [1]. CLI accepts files as input and then executes them in the correct serial order. The batch file is a text file with the (.bat) extension which can be regarded as a basic text document. This was written with the help of a text editor or Notepad.

This command has been used to see what version of Windows is currently installed.

The present message is printed on the screen with this command. 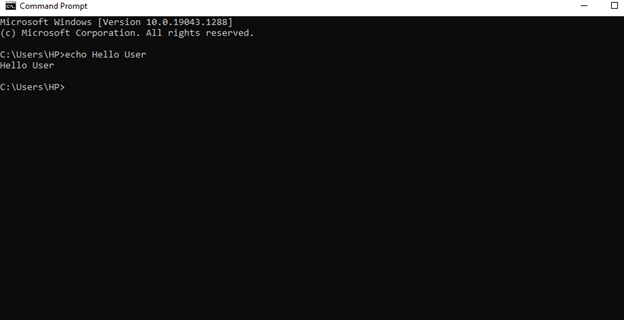 The batch command is often used to read commands from such a file or conventional input and execute them whereas the system is loading the next level. Batch scripts can be used to run whole command chains [9].

In OS/2 and DOS, a batch file is used. It does have a set of commands that must be done by CLI and then rebuilt in a plain text file. The Linux OS is more versatile, and the extension file is referred to as shell script [5].

To write batch files on Linux, do the following:

batch: It's important to remember that batch doesn't take parameters.

The txt file's content is shown using the bash command.

The command has been used to determine the GNU bash version.

After analyzing the entire report, it might be stated that the OS (Operating System) serves as an interface between the client and computer components. Without learning a computer language, OS can interact with computer equipment. CLI commands within Linux OS and as well, CLI commands ii from OS are addressed throughout the assignment report with a screen-lock. In this review, batch scripts in Linux and Windows are explained with supported screenshots. CLI is a discovery that aids in the inspection and management of computer files. Commands can be run upon Windows, Linux, and also batch scripts can be run on both Linux OS and Windows. This report, on the other hand, is completed quickly by meeting all of the standards.

[6].Phillips, P.D., 2002. A command-line interface for automated simulations in SYMFOR.

[10].Nanni, L., Pinoli, P., Canakoglu, A. and Ceri, S., 2018, June. Exploring genomic datasets: from batch to interactive and back. In Proceedings of the 5th International Workshop on Exploratory Search in Databases and the Web (pp. 1-6).